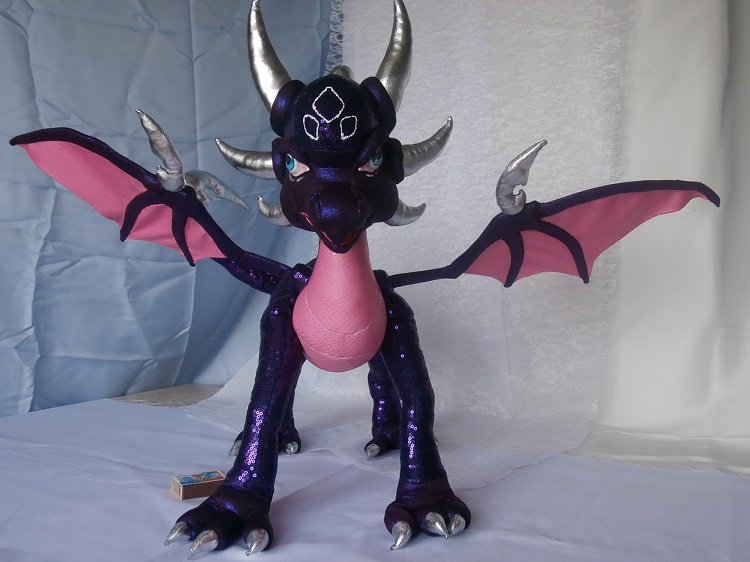 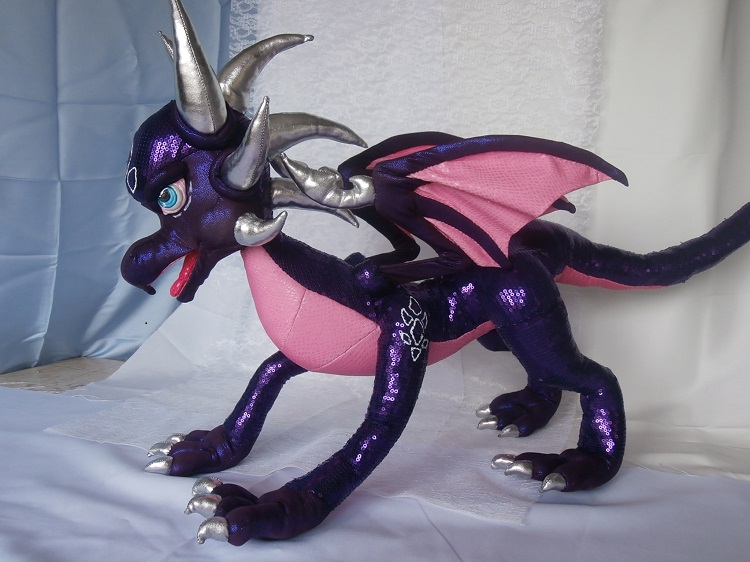 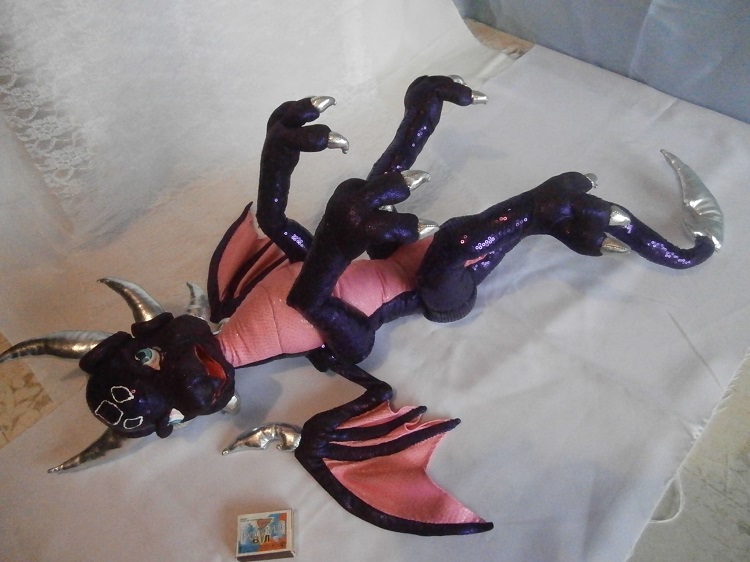 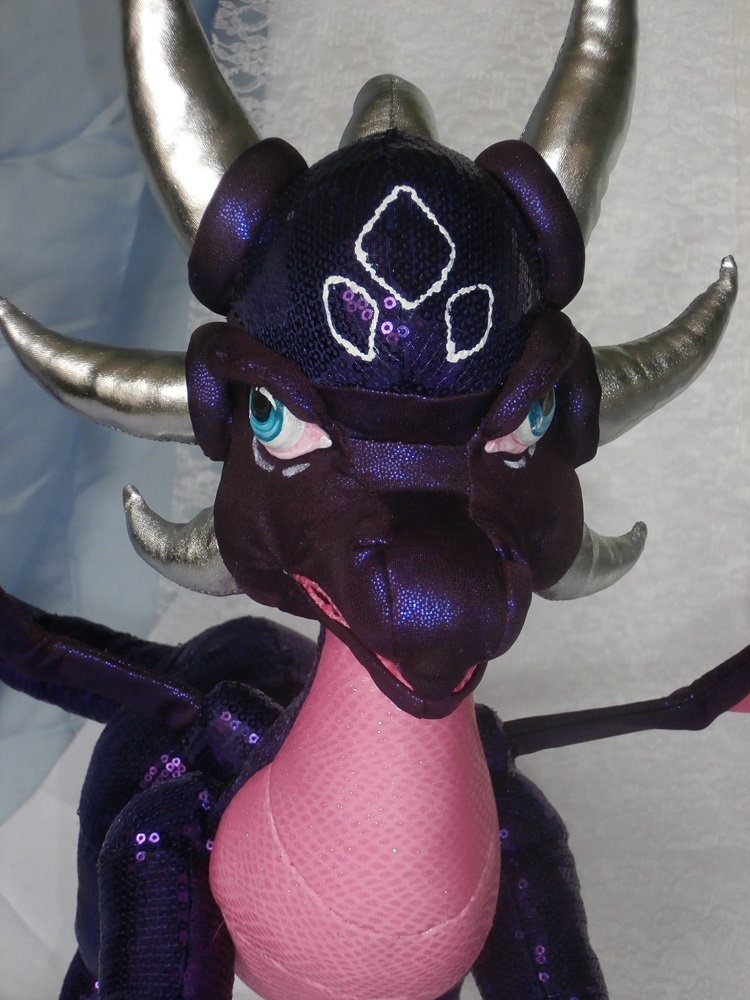 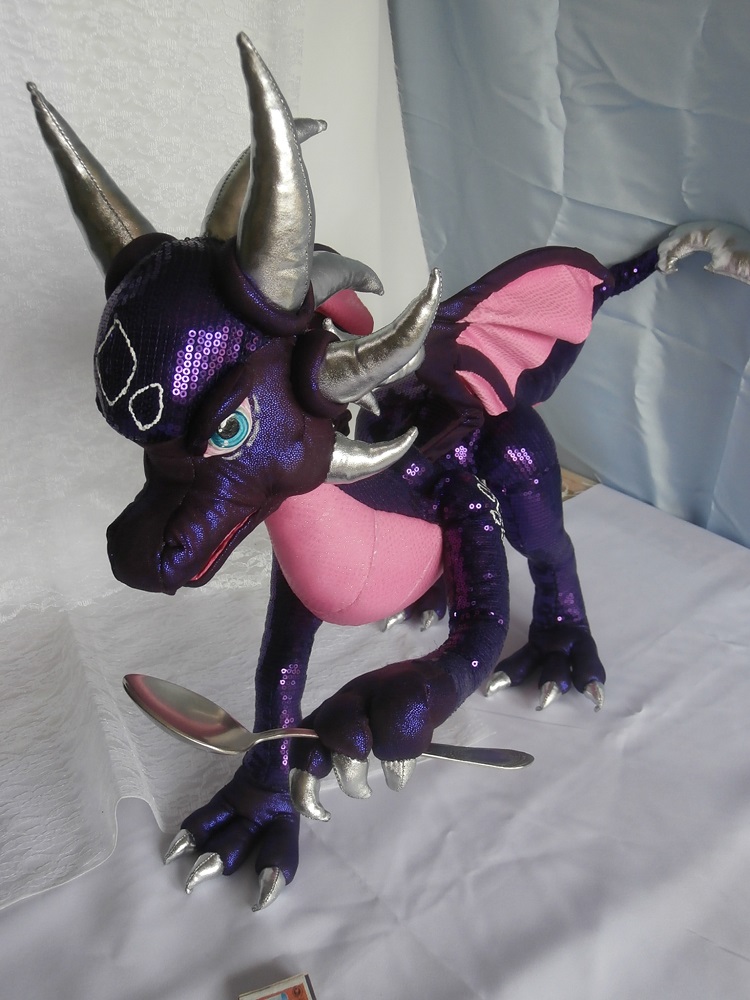 Cynder the Dragon – the adorable dragonesses Cyndar from “Legends of Spyro” was made especially for admirer of this game. To tell the truth it’s was not easy work – the wishes were more than outstanding “so she can curl up, sit-up, stand on all fours, stand-up on her hind-legs, spread her wings or fold them, flex her tail and neck about . . . and, if possible, can you make her claws flexible, as in open/close and have a slight grip”.

Few times we remade it but finally succeed! It´s appeared as a work of art, here it is.

Cynder is a black dragoness who appeared in The Legend of Spyro series and is the primary love interest of the main character, Spyro, in the trilogy. She was once the primary antagonist in The Legend of Spyro: A New Beginning, but became a deuteragonist at the end of the game and in The Eternal Night, later evolving into a heroine alongside Spyro in Dawn of the Dragon.

Cynder is a black dragoness with emerald-green eyes, a magenta underbelly, a blade-like tail made of iron and blade claws on her wing thumbs, big wings with magenta membranes, and six silver-white horns on her head. In her adult form, she wore two silver bracelets on her two front paws, and a silver “choker” on her neck and her tail made of iron, but she wears them again in Dawn of the Dragon. Cynder also has markings on her head, back, shoulders, and around her eyes. When in the form she is in for the majority of The Legend of Spyro: A New Beginning, she is much larger than usual. Some other attributes of that form are her longer neck, long, lean body, different wings, and a more pointed, adult-looking face.