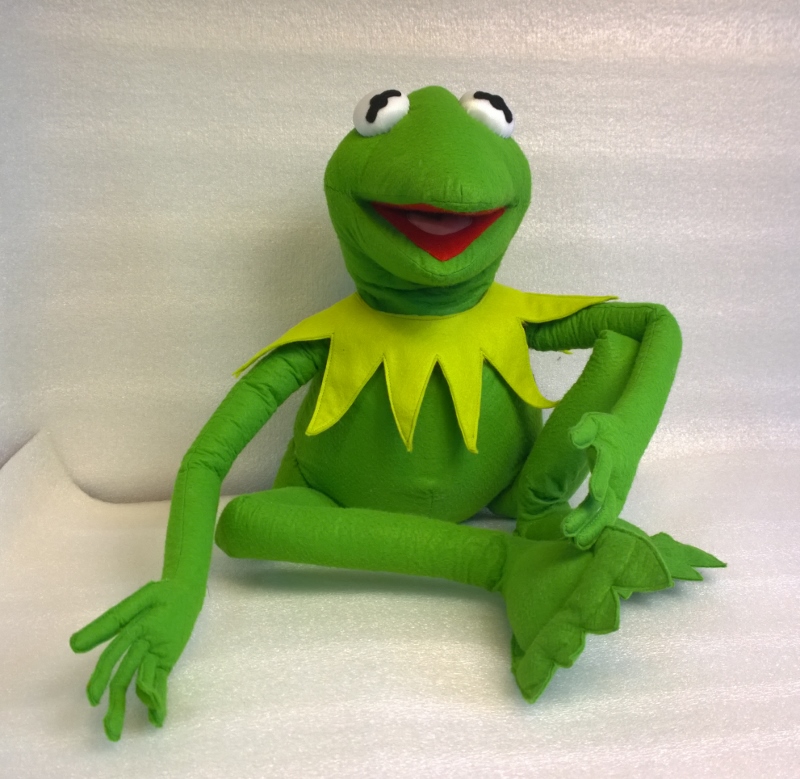 Kermit the Frog is Jim Henson’s most famous Muppet creation, first introduced in 1955. He is the straight man protagonist of many Muppet projects, most notably on Sesame Street, and The Muppet Show, as well as in movies, specials, and public service announcements throughout the years. Henson originally performed Kermit until his death on May 16, 1990; Steve Whitmire has performed Kermit since that time. He was voiced by Frank Welker in Muppet Babies and occasionally in other animation projects.

***
Kermit performed the hit singles “Bein’ Green” in 1970 and “The Rainbow Connection” in 1979 for The Muppet Movie, the first feature-length film featuring Henson’s Muppets. The latter song reached No. 25 on the Billboard Hot 100. Kermit’s iconic look and voice have been recognizable worldwide since, and in 2006, the character was credited as the author of Before You Leap: A Frog’s Eye View of Life’s Greatest Lessons, which is an “autobiography” told from the perspective of the character himself.